Our company is a touristic operator of incoming tourism in Russia that is why for our students we organize excursions in Yekaterinburg, Ural and whole country.

You can choose any excursion in Yekaterinburg from our list or we can create tour according to your wishes. We offer excursions in Russian, English, French, German, Espanol, Chinese and other languages. 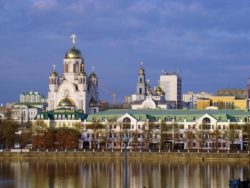 City tour in the centre of the city (2h): you will see historical centre of Yekaterinburg, the monument of its fathers-founders, the city plan, Church -on-the-blood -the most famous cathedral,  you will walk along the old streets that that preserve the style of the XIX century, learn about the theatrical and literary life of Yekaterinburg of XIX – XX centuries and see the view of modern city.

The Soviet Yekaterinburg (2h): during the excursion we will talk about constructivism and life at Soviet Yekaterinburg, visit Gorodok Chekistov (the complex of buildings built at 30th of XX century), memorial “Black Tulip”, take pictures with “Katyusha” and T-34 tank.

The mysterious Yekaterinburg (1,5 h): during the excursion we will walk at the beautiful arboretum and visit its heart – the mansions of Kharitonov –Rastorguev that still keep secrets of its owners .

You can add to your excursion visiting the museums of Yekaterinburg:

Viewing platform “Vysotsky” (1 h): this is the highest building in the Northern latitudes, at 52 floor of which there is the viewing platform. In good weather you can see suburbs of Yekaterinburg

Museum of Yekaterinburg’s history (1-1,5h): show the history of our city at XVIII century. You will see the face of the city, its streets and buildings at present and at XVIII century in the form of visual digital reconstructions. Also you will watch 3D movie about Yekaterinburg

Exposition of Shigir idol (1-1,5h): the most ancient wooden idol in the world. It was found at the end of XIX century. Its age is about 11 000 years, twice elder the Egyptian pyramids! the original length was 5,3 m. The idol shows the spiritual life of ancient Ural people.

Jewelry Museum (1-1,5h): you will see articles made of malachite, Jasper and marble and also the artwork of masters of the Ekaterinburg lapidary factory.

Museum of the first President Boris Yeltsin (1.5-2h): Museum uses the latest technologies to tell about the life of the first Russian President and his political biography. The Central exposition is “Seven days that changed Russia” . It discribes the era of the 90’s based on original documents and materials and tell about the difficult period of our country.

Out of the city excursions

Ganina Yama (4h): operating men monastery that was built at the place where the Royal family  was buried after their cruel murder. It is a complex of 7 wooden temples in Russian style according to the number of Royal family members.

Museum of military equipment at Verhnyaya Pyshma (4h): there are more than 70 exhibits of military and vintage cars and motorcycles including samples from  France,  England, USA an Russia (Soviet Union)

Chertovo Gorodishe (4h): complex of rocks rising almost 350 metres above sea level. It is the favorite place for our citizens

«Park Skazov» (4 h): the park dedicated to Russian fairy tales and stories of Russian writers. During the interactive program you will visit peasant’s house, learn the live of Russian peasants and even lie on the stove.

Excursions in the Ural region

Nevyansk leaning tower (6h): during excursion you will learn many secrets of this monument of XVIII century, visit the auditory room, see the antique English clocks and the first lightning rod.

Natural Park “Deer Streams” (9h): during the route you will see the main landmarks of the park: rock cliffs with a view of the river, tercentenary pines, the caves and the only Russian sculpture “Angel of Single Hope” and others.

The Museum –reserve in Nizhaya Sinyachikha (10h): this is the Museum at the open air,  where you can observe wooden architecture (peasant houses, Churches, lookout tower, forge) and ancient Russian folk art of Middle Urals of XVII, XVIII and XIX century

To order the excursion 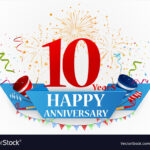 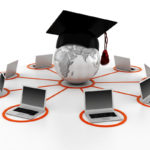 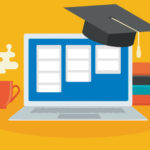 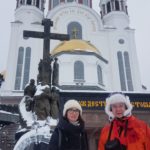